Baseball’s New Virology Bet: Coronavirus Spreads Within Teams, Not Between Them Two positive tests on the Cardinals resulted in the postponement of their series opener against the Brewers. Following a long layoff and a quick build-up to restarting, baseball clubs have struggled to keep their players healthy—primarily pitchers, a persistently at-risk group. The NBA Shut Down. Then the League’s Biggest Player Had His Best Game.

Boban Marjanovic played the game of his life on March 11. It was the first day of the pandemic and the last day of the NBA season. 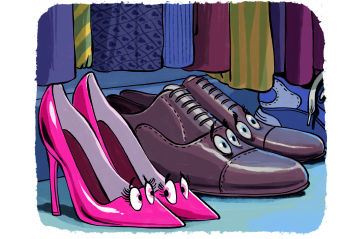 Abandoned amid the pandemic, they’re desperate for a walk down memory lane.

MLB manages to get through its start, but not without controversy—and a whole team on ice.

To Regis Philbin, With GRATITUDE and LOVE

A tribute to Regis Philbin, who spent a legendary lifetime on television.

The Toronto Blue Jays Need a Baseball Home. How About Yours?

As a strange season begins, Canada’s MLB franchise is searching for a diamond to call its own.

Players, coaches and referees knelt in a coordinated protest before the start of the Jazz-Pelicans game. The NBA signaled that it would not enforce a longstanding rule prohibiting anthem protests.

A special prosecutor in Switzerland has opened criminal proceedings against the president of soccer’s world governing body, Gianni Infantino, for alleged collusion with the country’s attorney general Michael Lauber during a Swiss federal investigation into FIFA.

Unresolved border restrictions and quarantine requirements could hamper athletes’ ability to play the U.S. Open and the French Open.

NFL Players—and a Lot of Patriots—Are Opting Out

More than two dozen players across the NFL have already said they’re sitting out, with more expected in the coming days.

The NBA’s Nightmare Year Started in China. It’s Ending in a Bubble.

The NBA is back nearly five months after basketball stopped. It’s been the most tumultuous season in the league’s history.

The Marlins’ Season Is Put on Pause

The Miami Marlins’ season has been suspended through the weekend as Major League Baseball continues to deal with the fallout from a coronavirus outbreak that continues to rage.

To Bunt or Not to Bunt, That Is the Question

All extra innings begin with a runner automatically on second, an experimental rule designed to prevent marathon affairs this season.

Major League Baseball’s return-to-work coronavirus strategy rests on a formula of testing, distancing and contact tracing that leaves little room for error—and plenty of opportunity for it.

Tests showed that a dozen or more players and staff members from the Miami Marlins have contracted Covid-19, prompting MLB to postpone two games previously scheduled for Monday.

We Had Sports Questions. Dr. Fauci Had Answers.

Is the sports comeback safe? When can fans return to games? Should athletes get priority on potential vaccines? Dr. Anthony Fauci answers questions about sports during a pandemic.

The NFL and its players struck an agreement to steer the league’s finances through an uncertain pandemic season that executives project will lead to a multibillion-dollar drop in revenue.

Dr. Anthony Fauci Explains Why His First Pitch Was Just a Bit Outside

Anthony Fauci doesn’t want to make excuses. But he can explain his first pitch. “I completely destroyed my arm!” he said.